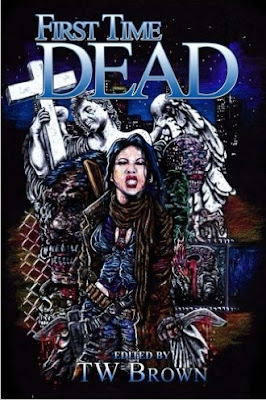 Hello Again by Megan Tregler:
I found MT so descriptive I could almost taste the colours she was describing, her style of writing was beautiful.

Jackson is mourning the rapid, recent and strange death of his wife. As he looks out of the pond in which her buried her ripples start to appear and those among us who understand the way the zompoc works knows what is coming up from the depths.

The difference to this beginning of the apocalypse (and those are always my favourite) is that MT puts so much emotion into their previous relationship with little comments or flashbacks that the love and horror combine.

Add to that the final line and it’s shudder worthy. I also really enjoyed Jackson as a character.

Twisted Words by Andrew Stockton:
Antony is an English book dealer and the story starts with him visiting a wealthy collector to purchase some items; I am always bias to love stories that are set in my own country. Although I am at loss as to why if you lived in the Highlands you would “crack open an Irish (whiskey)”.

As his host gives him a guided tour of the estate he lives in they come upon a twisted tree that has an unusual story. A story within a story, hard to pull off but done very well in this instance.

The following description of love, torment and decay is very palpable not to mention heart wrenching.  As the story unfolds and then reaches a climax I was impressed that the ending did not fail the brilliant story.

Everything I know about Zombies I learned from Star Trek by Sam Christopher:
With a title like that I was really interested, however, it turned out to be far to disjointed for my liking. The majority of the time the language was incomprehensible and I finally gave up after three pages of confusion.

BUT that’s the great thing about anthologies, to others this story will be brilliant.

Once Bitten, Twice Shy by Dillon Cox:
Ah, that age old start to the apocalypse; the military and their marvellous experiments, I do love a classic.

Lori and her baby brother, Zack, could be out for a road trip if they were not running from the undead! Nothing really felt strained, hard or dangerous for these two.

In addition, Lori is stunningly beautiful and the chap they meet happens to be an upstanding, military trained hunk, with a fully functional off the grid hideaway etc etc

I was a bit concerned that Zack was sleeping the whole time and was also waiting for the gore/horror to start. Whilst the writing was good the story IMO was not.

Just Another Day by Chantel Boudreaux:
Margot has a busy job, a needy family and she is trying to become an author or at least plagiarise her currently compromised husbands work.

I love the way that CB writes with such humour, the explanation for her families circumstances are brilliant and almost believable.

CB is always a joy to read.

Inland by Martin Milhomme:
Jake is surving the zompoc on a boat in the Florida Keys  when happens upon a traumatised, nearly eaten Angela. However this initially good story took a nose dive when she went from the screaming abdabs to offering a “fun afternoon” in the space of 24hrs not to mention said “fun” was had post an amputation, medications, a blow torch incident and alcohol!

At that point I gave up, yes zompoc is fictional (currently) but I need to believe they could be true.

He’s not Heavy by Rebecca Snow:
WOW this was my favourite story.

Well thought out with a twist I did not see coming. I really enjoyed the build-up and the characters were spot on with great back stories, really all crammed into a small story.

Bravo – an author I intend to look up.

As I Watch Her Walk Away by Dave Minyard:
So sad but also so funny, at least I hope that’s how it was intended.

A happy young man describes his demise at the start of the zompoc, it all felt very real and very fast.   I really enjoyed this one.

Things Worse Than Death by Bryan Vogt:
Poor Peter has a unique on several survivors as they crash through various rooms trying to escape the oncoming horde.

Cleverly written with a brilliant twist at the end. Another author to look out for (for me!)

Death by Dad by Lisa Conger:
Not sure how I felt about this story as it sorted flitted about a bit.

Whilst the writing was clear there was just something wrong; lack of character in the characters and the story kind of went nowhere IMO.

Forgive me Father for I have a ….. Burp by Michael J Evans:
A zombie yet to lose all his brain power is over wrought by the desire to confess post eating his wife.

Whilst the writing was and the story a good one it really lacked some humour, this could have been a gigglefest with some extra input to make it lip smackingly good, which is a shame.

The Overpass by John Lemut:
I was totally engrossed in this story, the characters felt rounded and the timeline jogged along really well and then just as it got really intense it stopped!
I do hope this is part of a larger novel elsewhere, otherwise I’m stumped.

At the end are some footnotes regarding the authors, personally I would have liked these at the end of each chapter.

Overall I liked this anthology as a couple of stories were fantastic and others I would have chucked, but that’s the joy of them, it’s like a mixed bag of sweets!

First Time Dead 1
Posted by fluffyredfox at 08:23 No comments: 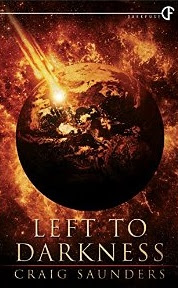 I heard the first chapter of this book read by the author at FantasyCon (sept 2015) and went straight back to my hotel room to download it. I then waited three weeks until my holiday to relish it.

No disappointments at all.

Frank the Thug has a dramatic entrance to the story. Paul is the Good Cop who plods along; how these two meet is unexpected and what follows is a fantastic piece of storytelling. Finley, who happens to be Franks Boss, is up to no good as all corporate villain bosses should be.

Dawn is a most likeable, tender yet tough, woman who has a vicious start to this book and life generally. Thankfully she has the most amazing father in law.

Some of the horror, gruesomeness, gore and torture was so blunt I actually laughed out loud in my discomfort.

As meteors hit the Earth destroying all life, a strange naked man is wandering around offering smokes, advice and guidance to our main characters. His continual smoking is like the Pied Piper bringing them all together in a strange warped way.

A few of the intermediary characters have such force that they really took my breathe away.

This book is merely the start of a series planned by the author and I have to say I can’t wait for the next one. I am intrigued with what is “really” going on, what will happen to the heroes and villains, who is the naked man and what does he want to achieve, what’s with the Little Kings and and and and …..!

Posted by fluffyredfox at 08:39 No comments:

Diary of a Dead Man by Matt Shaw 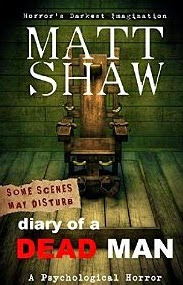 This is a first person narrative of a man on death row writing his memoirs, why because he has nothing else to do.

I liked the rambling talking to himself style, it really fitted the story and gave the impression of him slowly unravelling and then going boom!

MS was good at describing the emotions or lack thereof and making this murderer appear normal.

The “off milk” comment did make me gag a little but the mint dish sounded very practical.
MS did some. good finger pointing at the judicial system and general human nature.

A good ending with a little after thought which wrapped the story up well.  Yes there are some disgusting bits but no more than you would read in a real crime novel.

Whilst I would say this is one of the best MS books I have read I felt he could have put more into the murders, given a few more examples, especially of the trophies and really laid the gore on a bit more thickly, I suppose really I would  like this to be expanded to a novella maybe, or even longer.

Posted by fluffyredfox at 07:47 No comments: 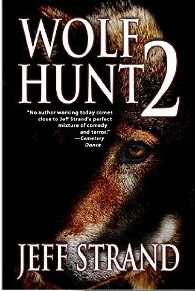 George and Lou are clearly happily married, to each other!

But I’m glad to see that they both survived Ivan, even if missing a few parts!

However even in their secret hideaway with endless cruddy TV and cocktails they are soon found by a certain gangster intent on kidnapping another werewolf only this one is a 14yr old girl who has no idea she has wolfie lineage.

She also has a rather miffed off father that has anger issues and a weirdo friend and girlfriend.

Shane is a rather revolting specimen all by himself, but no plot spoilers here.

As always with JS novels the humour and gore is right up there making you wonder whether to cringe or giggle, usually both followed by gagging.

A great follow up to book one which you really need to read first, but it’s a riveting read, with a fabulous ending, book no.3 maybe??

Wolf Hunt 2
Posted by fluffyredfox at 07:46 No comments: 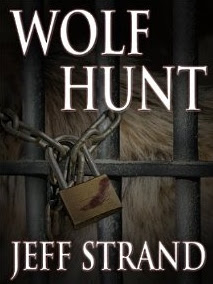 George and Lou are just trying to do their jobs, if that means breaking bones, then so be it, but they are decent guys really, honest!

These lovely, gone to seed, muscle hounds are given the simple job of driving a captured werewolf up state (insert laugh here as we all know werewolves don’t exist, right).

They are given a set of rules by their employer, Mr Bateman, a bit like the mogwai rules only these involve no food, no water and never open the cage.

The instant they set off Ivan (the werewolf) does not shut up, mostly with derisive comments set to infuriate our two good henchmen.

Then the dog incident at the petrol station occurs and suddenly they have blood everywhere and a witness on Georges lap. Ivan continues his wind up.

Eventually of course the primary rule is broken and soon they are all on a wolf hunt!

Murder, mayhem and general nastiness take place as all members of the chase have their own agendas. There is plenty of gore as the werewolf delights in his killing spree.

One of the funniest parts (for me) was in the middle of Ivan kicking ten buckets of blood out of George, Lou decides that running past shouting “ferret, ferret, ferret” is the best way to distract him from ripping Georges throat out; for some reason I could not stop giggling!

Eventually after a mass murder at the Cotton Mouse Tavern the “professionals” are called in, which goes as well as you think it might, let’s just say body parts where thrown around and leave it at that.

The climactic final battle was intense and I was on the edge of my seat as to who would win and how, sorry no spoilers here!

I thoroughly enjoyed this book and can’t wait to get my teeth, normal human ones, into Wolf Hunt 2, the explosion of gore and comedy just had me gagging and giggling for the last three hours, I could not bear to put this book down.

Posted by fluffyredfox at 07:46 No comments: